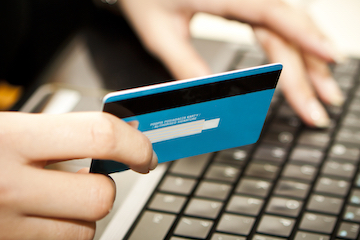 The first challenge is understanding the industry jargon.

Cardholder. The person whose name appears on the credit card.

Processor. Also, “payment processor.” A company that produces technology to allow merchants to accept credit card payments. Examples are Fiserv (formerly First Data), Chase Paymentech, Bank of America Merchant Services, and Stripe. A Processor can be a range of companies and technologies that focus on the flow of money from checkout to the merchant’s checking account.

Downgrade. Also, “transaction downgrade.” When a Processor categorizes a payment as something other than a Qualified Transaction. A Downgrade is bad (but often unavoidable) for merchants because it results in a higher processing cost. Each Processor has its own criteria for downgrading transactions.

Interchange. Also, “interchange fee,” “interchange rate.” A term to describe the roughly 400 different fees that are earned by an Issuing Bank to compensate for issuing credit and funding the payment transaction. Interchange is revenue for the bank that issues the credit card. For example, when a customer pays with a Chase Freedom Visa credit card, Chase (the issuing bank) receives the Interchange. Interchange rates are set by the Card Brands and collected by the Processor. Interchange and Card Association Fee comprise the Wholesale Fee.

Tiered Pricing. Also, “bucket pricing.” The process of setting payment processing fees around tiers or categories — typically three or more. The most common are Qualified, Mid-qualified, and Non-qualified. A Processor determines the tiers and fees. A Processor also classifies transactions by tier based on the risk. The online sale of a diamond ring is riskier than the in-person sale of a cup of coffee. The diamond ring transaction would be Non-qualified while the coffee would be Qualified. Riskier transactions are typically Mid-qualified and Non-qualified, which carry higher fees.

Wholesale Fee. Also, “wholesale rate.” The combination of Interchange and Card Association Fee. Every Processor must pay the Wholesale Fee but can add Markup Fees.

FAQs start below and continue in subsequent installments to this series. Terms from the Payments Glossary are capitalized.

Many Issuing Banks offer pricing like 2.9 percent + 30 cents. Why are there two fees — a percentage fee and a flat fee — for each transaction?

Flat fees cover the operating expenses and generate profits for the payment networks. Processing credit card transactions requires specialized, complex, and connected computer systems that work flawlessly 24/7. It also requires many employees to manage and implement. This massive network of computers and humans costs a lot of money to build, maintain, and secure. These operating expenses are generally fixed. For example, Visa reported its 2019 operating expenses at $7.98 billion, an increase of 4 percent from 2018.

Percentage-based fees mostly go to the Issuing Bank to compensate for granting credit.

Indeed, a purchase with a credit card is similar to a loan. When buyers fail to pay their credit card loan (the minimum balance due), the Issuing Bank will typically charge about 21 percent interest.

The higher the transaction value, the greater the risk for the Issuing Bank. Thus, for taking larger risks by funding larger purchases, issuing banks want a larger fee.

Together, the percentage and late fees translate into a tremendously profitable business for banks.

I see that most Interchange fees are less than 2 percent. But my Processor charges much more than that. Why?

Markup is charged to the merchant in various ways. Sometimes it’s bundled into Flat-rate Pricing (one single rate, such as Stripe’s 2.9 percent + 30 cents). Sometimes Markup Fees are more transparent. This is Interchange Plus, which is Interchange plus agreed-upon Markup Fees.

Sometimes Markup Fees are baked into the transaction fees. For example, Stripe’s 2.9 percent + 30 cents is higher than the average Interchange rate of 1.8 percent. Thus Stripe’s Markup is roughly 1.1 percent, on average.

Markup Fees can appear outside of the transaction. Often, a Processor will take a lower profit margin on transaction fees to generate higher profits from other services.

When choosing a Processor, consider all Markup Fees. Some will be disclosed. Others will be hidden or buried into a transaction fee.

Remember that Wholesale Fees cannot be negotiated. No Processor can change them. Markup Fees, on the other hand, are negotiable. If you have significant volume, speak to the Processor’s sales team. Demonstrate how a reduction in Markup Fees will help your business become a profitable, long-term partner.

Covid-19 Is an Opportunity for Some Local Merchants